John Littlewood is an English-born artist living and working in Umbertide, Italy. Before returning to Italy in 1999, he was the director of Art Center College of Design(Europe) based in Switzerland.

Prior to that, he was Chair of the Advertising Department at Art Center College of Design(USA) for four years. He brought to these posts over 30 years experience in the advertising agency profession in London, Milano, New York and Los Angeles; first as an Art Director, a Creative Group Head and a Creative Director, finishing his advertising career as Chairman/CEO of the West Coast office of a multi-national advertising agency.

Littlewood has taught and lectured internationally, and chaired boards of a number of association and social service organisation. Most notably, he was the founding chair of the Pasadena AIDS Service Center.

Along the way he also found time to indulge his second passion, music, doing choral work with Handel Opera Society and the Hampstead Choral Society, both in London; and as a supernumerary with the Los Angeles Opera. In Umbria he has designed sets for Mozart, Verdi and Donizetti operas.

John with his wife, Katherine (who manages Galleria Littlewood), have mounted eleven exhibitions in the Umbria-Toscana area. 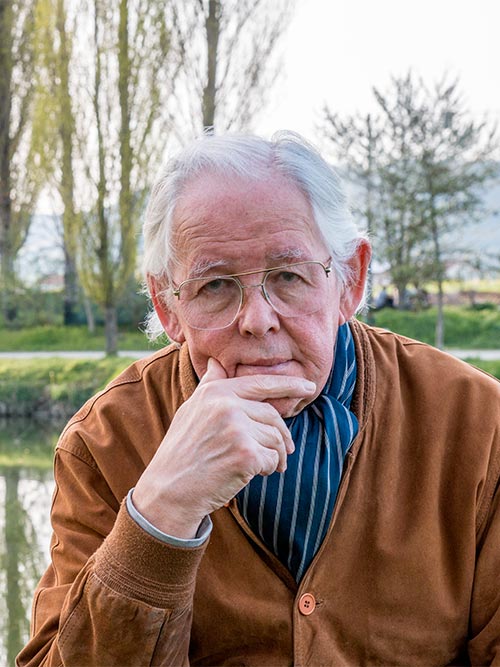 The shows, particularly the openings, always draw a crowd.
These festive evenings are enjoyed by everyone. For openings
held at Galleria Littlewood, the Centro Storico of Umbertide,
with its narrow ancient street, on a warm evening is a perfect
environment for guest to spill-out from the gallery into the
street and enjoy a ‘festa al fresco.’
John’s work also attracts the attention of local and regional press.
For example, this article in the March 2016 issue of Valley Life: 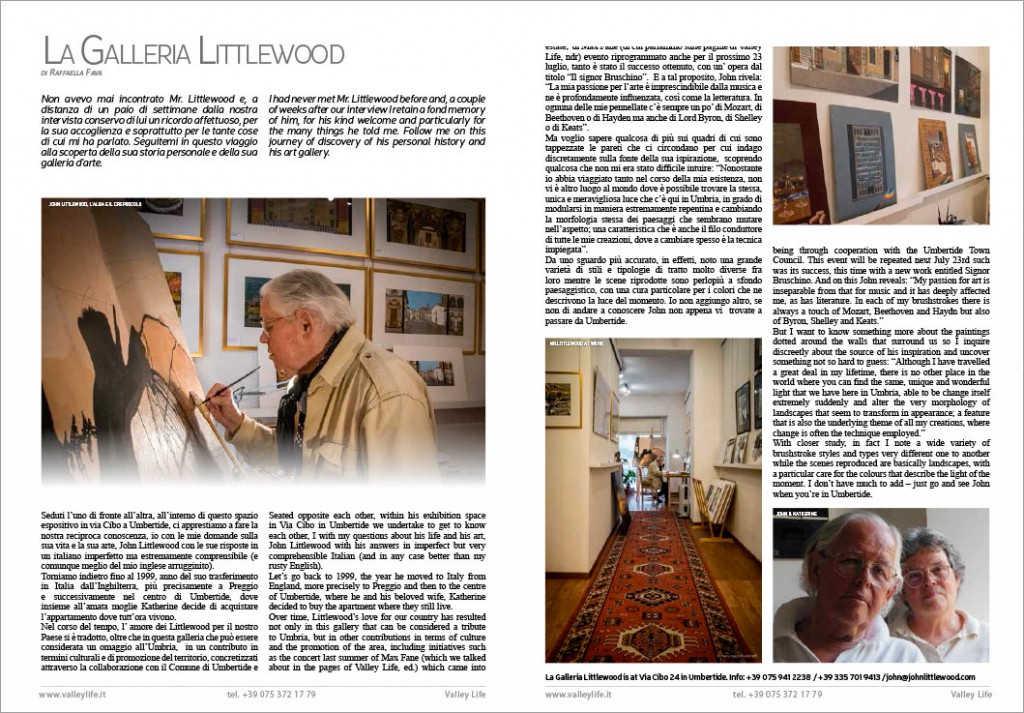